The Central Railroad of New Jersey (CNJ) had a branch line in New Jersey from Somerville thru Three Bridges to Flemington. The section from Three Bridges to Flemington is extant and operated by the Black River & Western Railroad. The history question is:
When was the South Branch of the CNJ (Somerville - Three Bridges) abandoned?
Stop in the store and give us your answer. We would love to see you.
Posted by The Big Little Railroad Shop at 11:22 PM
Email ThisBlogThis!Share to TwitterShare to FacebookShare to Pinterest

Five trains and one 4 legged train-watcher...

In three hours trackside along the Lehigh Line in Bloomsbury (NJ) and Flemington Jct, I would see five trains and one red fox. I had hoped to catch the NS OCS but that it had gone through while I was driving out to Bloomsbury. Oh well, a person can't be in two places at once, eh? Would have been nice to see the OCS. I was told it waited at Flemington Junction around 6:30 for a westbounder. The trains were as follows: 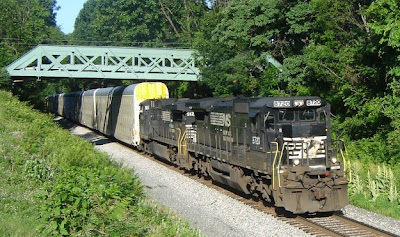 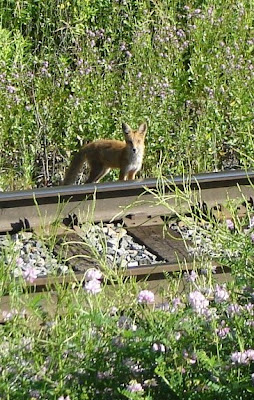 Hope your day was just as enjoyable....
Posted by The Big Little Railroad Shop at 9:44 PM
Email ThisBlogThis!Share to TwitterShare to FacebookShare to Pinterest

Photos below are from the Somerville Street Fair held on Sunday, 6/2/07. We had a small train layout set up in the street in front of the store. We also had a couple of RC tanks running in the street. The kids all had a good time.

In the last photo, note the young man's T-shirt for the Somerset County 4H Trainmasters. We support this club, and if you contact us we can tell you more about them. 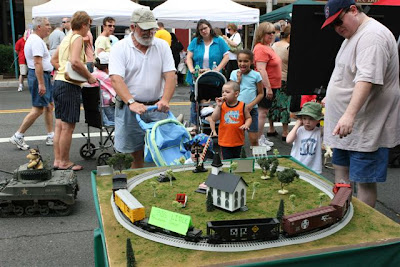 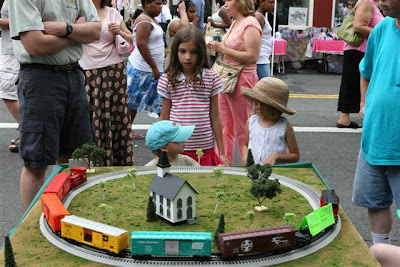 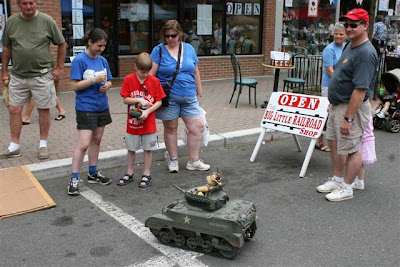 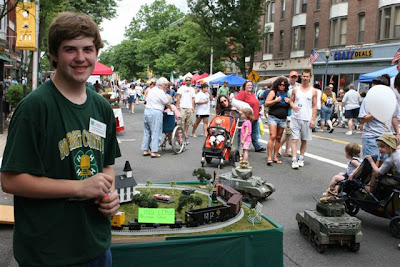 Posted by The Big Little Railroad Shop at 12:42 AM
Email ThisBlogThis!Share to TwitterShare to FacebookShare to Pinterest

Received the following via email. 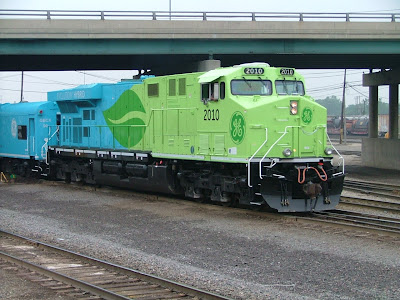 Posted by The Big Little Railroad Shop at 8:46 AM
Email ThisBlogThis!Share to TwitterShare to FacebookShare to Pinterest

Received the following via email. From a Virginia news article found at the following link:
http://content.hamptonroads.com/story.cfm?story=126138&ran=6981

By GREGORY RICHARDS, The Virginian-Pilot June 6, 2007

Norfolk Southern Corp. announced today plans for a $2 billion rail corridor to speed shipments of cargo containers between the central Southeast and the Northeast.

The project, dubbed the Crescent Corridor, involves upgrading and expanding the Norfolk-based railroad's rail network along a route stretching from Louisiana to New Jersey, purchasing new locomotives and railcars, and building new terminals in Maryland and Tennessee.

It is even more ambitious than the $309 million Heartland Corridor project that is being built to shorten train ships between the port of Hampton Roads and the Midwest.

Like the Heartland Corridor, Norfolk Southern plans to rely heavily on public dollars. The project would divert much truck traffic from highways, producing such public benefits as reduced highway congestion and vehicle emissions, Mike McClellan, Norfolk Southern's vice president of intermodal and automotive marketing, told a Wall Street conference today. Public bodies should pay for those benefits, he said.

Already, Virginia has committed $40 million for the project, which would run along Interstate 81, a main truck route, McClellan said.

If the financing comes together, construction on the Crescent Corridor would begin in 2008, with the first part being completed by 2009. he said. The project would be finished by 2013.
Posted by The Big Little Railroad Shop at 1:34 AM
Email ThisBlogThis!Share to TwitterShare to FacebookShare to Pinterest

Is it summer yet?

as being trackside along the Lehigh Line in Manville (NJ) with the three H's (heat, haze and humidity) certainly made it feel like summer on this Thursday morning. Here was the rundown of what passed by my vantage point. 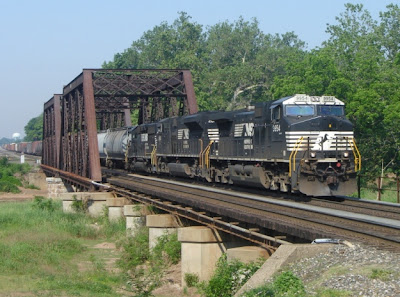 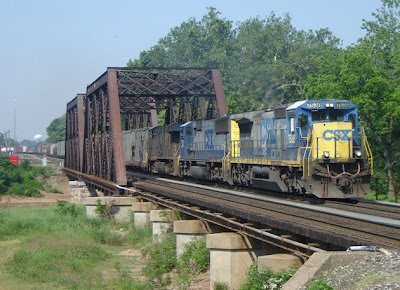 As to when the calendar declares summer officially arrives, that will happen on June 21st.
Posted by The Big Little Railroad Shop at 8:52 AM
Email ThisBlogThis!Share to TwitterShare to FacebookShare to Pinterest
Newer Posts Older Posts Home
Subscribe to: Posts (Atom)